IN PRAISE OF JIM LAWSON


TEENAGE MUTANT NINJA TURTLES (published by IDW) reached its 100th issue this month. Which is no small feat in today's market. I was fortunate to be included in the issue with a pin-up and a brief interview about my contributions to the series (I did the art on #51 & #52 and a few covers). Therein, I praised the great TMNT artist Jim Lawson, but felt the urge to expound more on this unique and (I feel) under recognized artist.

On the topic of TMNT, I can wax poetic. Like many kids, most of my early comic book reading was pretty scattershot; buying whatever random titles caught my eye. But things changed once I got ahold of a collected edition of the original Eastman & Laird TMNT comics. From then on, my casual interest in comics turned into a lifelong obsession.

At that time there were 2 versions of TMNT; the original Mirage Studios comic (printed in b&w and aimed at “mature” readers) and the kid-friendly cartoon version and it’s accompanying comic, TMNT ADVENTURES (printed in color and published by Archie Comics).

As the TMNT empire expanded Eastman & Laird brought on a stable of artists to continue with the comics. Like other TMNT mainstay artists, Jim Lawson contributed to both the Mirage and Archie comics. 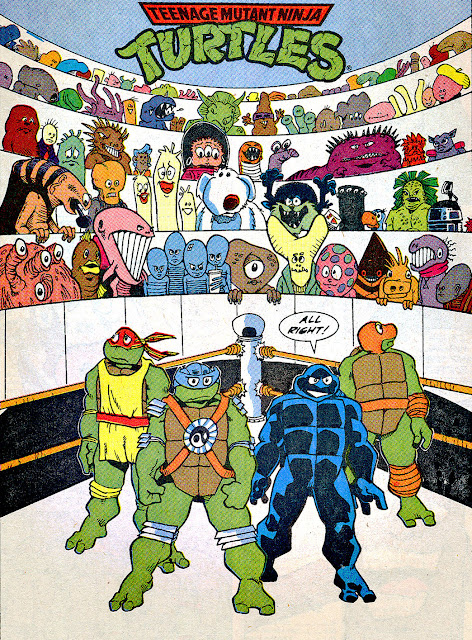 Then again notably in TMNT ADVENTURES #9, which to this day remains one of my favorite single-issue comics. It's a self-contained story about a spy on the run with stolen secret documents about a weapons system. The spy hides the documents in the sewer before being captured by Shredder (who wants the docs for himself). In a somewhat disturbing sequence Shredder mutates the guy into a chameleon. The story a surprisingly poignant ending. The entire issue is flawless and the art is charged with movement and energy. 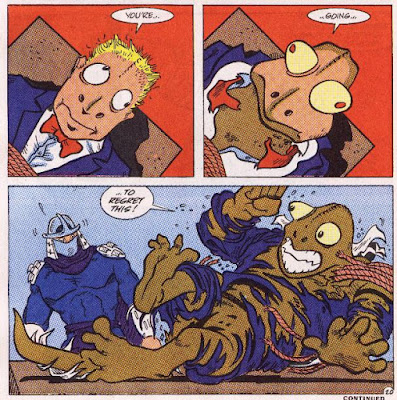 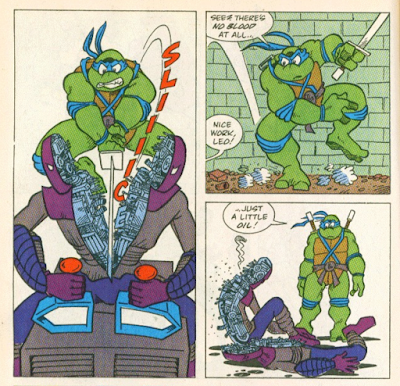 In the TMNT MAGAZINE (1990) Lawson provided short comic features and his artwork (inked by Dan Berger) took on an even looser and more cartoony look. 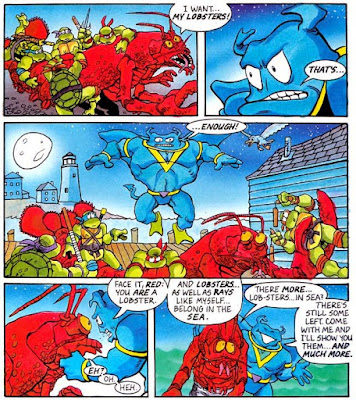 Towards the end of TMNT ADVENTURES Lawson's linework was inked by Eric Talbot. The result was a sort of gritty/cartoony style with areas of heavy black and a stippling effect that perfectly matched the darker "MEGADEATH" story arc. 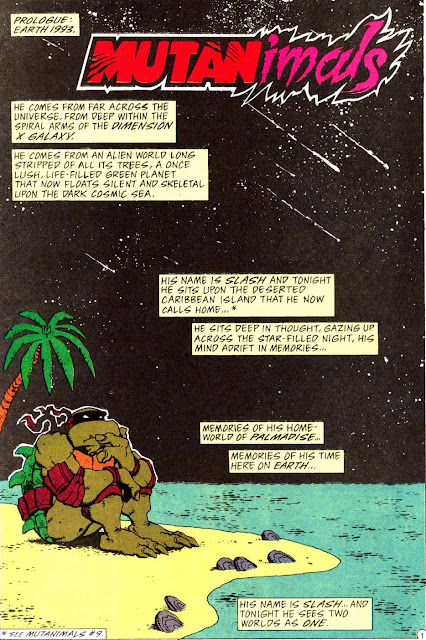 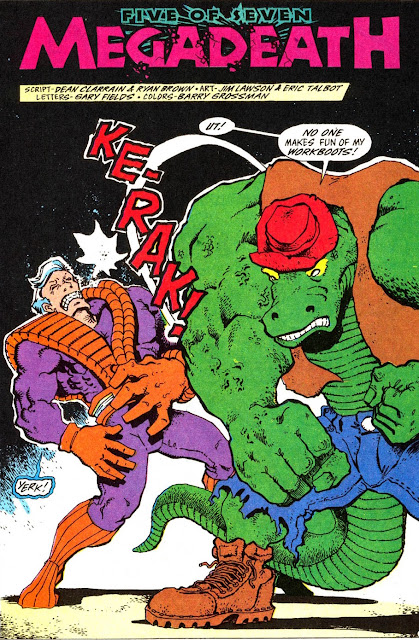 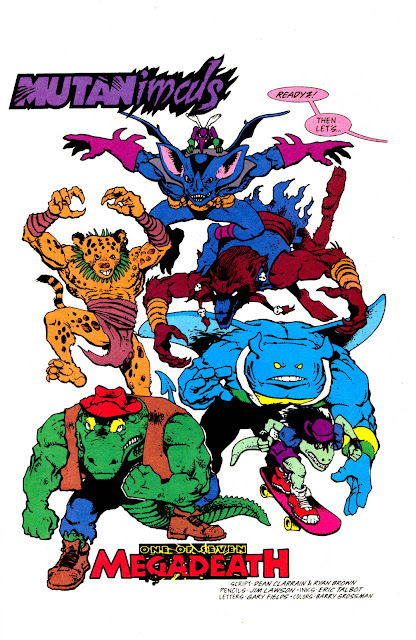 All the while, Lawson continued to provide art for the original Mirage series, famously working on the acclaimed "Return to New York" and "City at War" story arcs. Here, he utilized an altogether different style (with a series of inkers), which employed more fine/detailed linework and screentones. 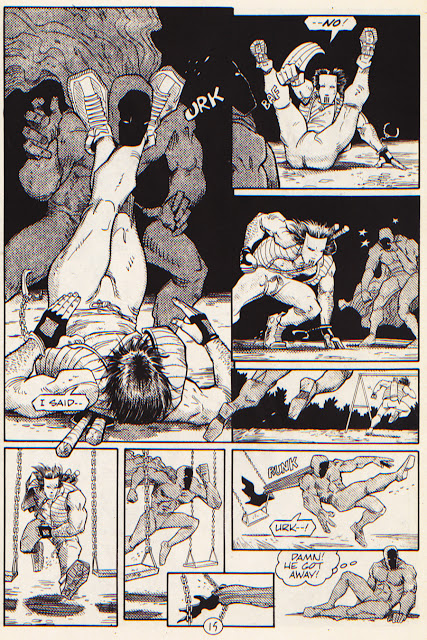 Both styles came together during Lawson's 13-issue run on the 2nd Mirage Studios TMNT series. As the series progressed the line work became thick and heavy. The result was even more bold and gritty, with some pages taking on a look simliar that of Richard Corben or Simon Bisley. The examples below are some of my favorite pages... 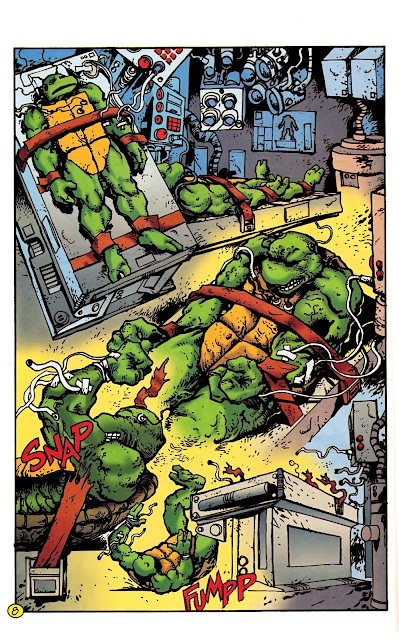 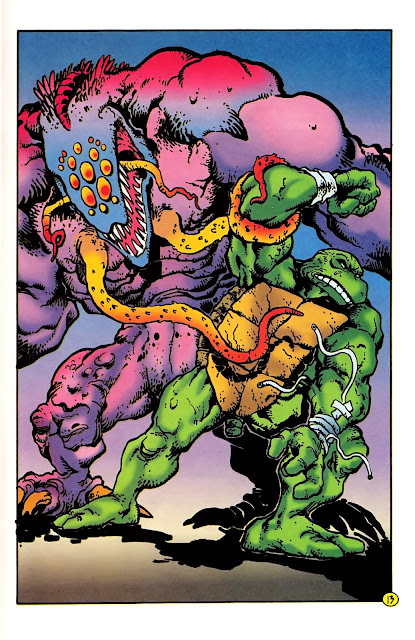 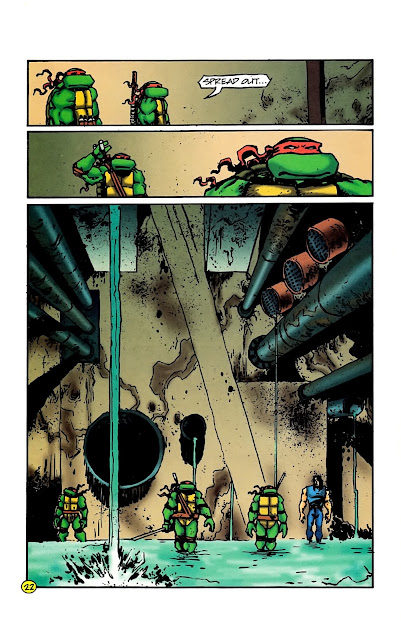 The following years saw many iterations of TMNT before they found a proper home at IDW in 2011. During the interim, Jim Lawson produced a number of comics including the underrated PLANET RACERS graphic novels (with Peter Laird). From 2004-2007 he worked on the TALES OF TMNT (2004) series which included the experimental mini-seires LEONARDO: BLIND SIGHT (2006). In addition, Jim Lawson is one of the great creators of dinosaur art/comics (up there with William Stout and Ricardo Delgado) with his work spanning from comics like DINO ISLAND to his PALEO series.

Over the last decade or so, his style has (mostly) settled into a approach emplyoing brushstrokes and crosshatching techniques. His marker coloring technique is also excellent. 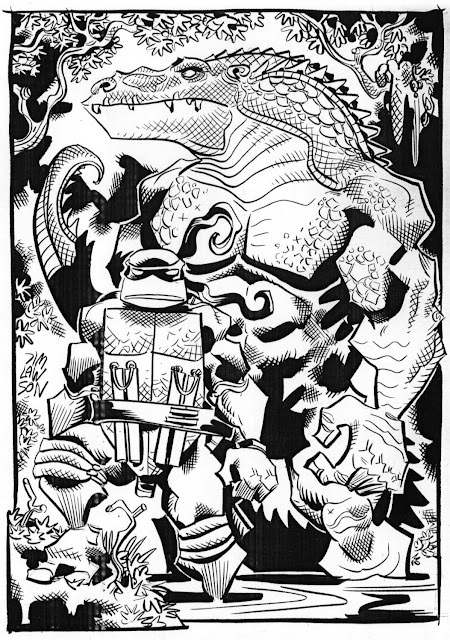 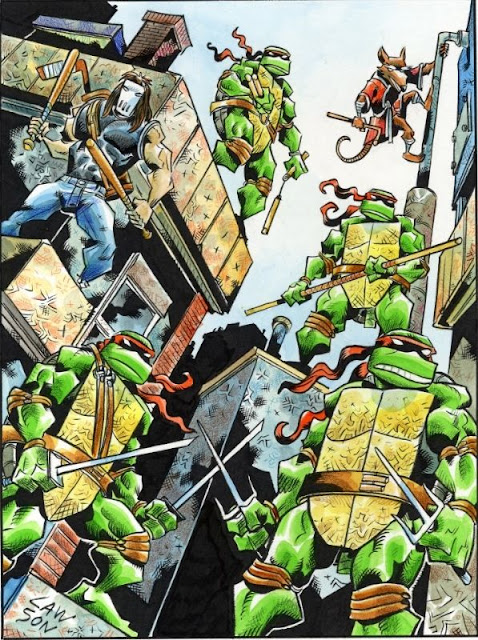 Thankfully many of the comics mentioned above can be found in newly released reprints from IDW (which I highly recommend). And, of course, you can find Jim Lawson online where he posts his incredible comission work on Instagram at: @jimlawsontmnt 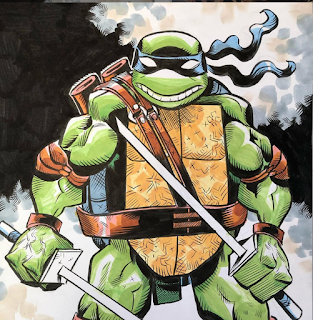 When I first saw Mr. Lawson's work in 1989, I was 7 years old. So that makes a solid 30 years of being awestruck and inspired by his particular vision, his commitment to excellent draftsmanship and his willingness to be wonderfully weird. Jim Lawson's work is well known among TMNT fans, but I believe he deserves much wider recognition as one of the great comic book artists of his generation.

Posted by Ken Garing at 2:43 PM No comments: 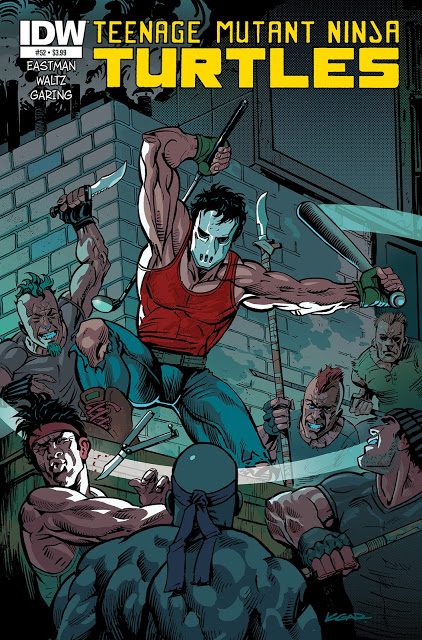 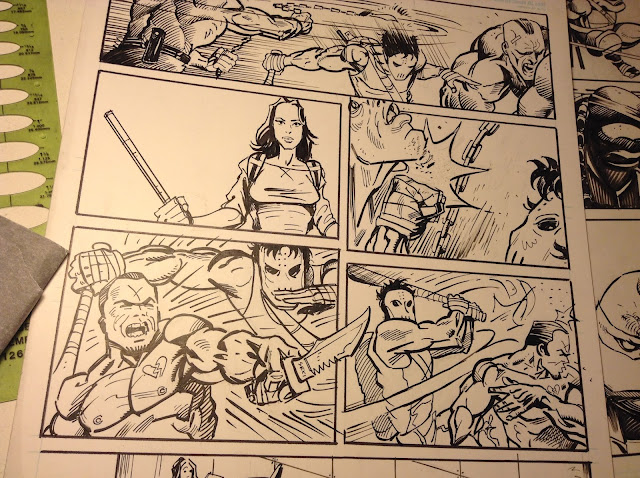 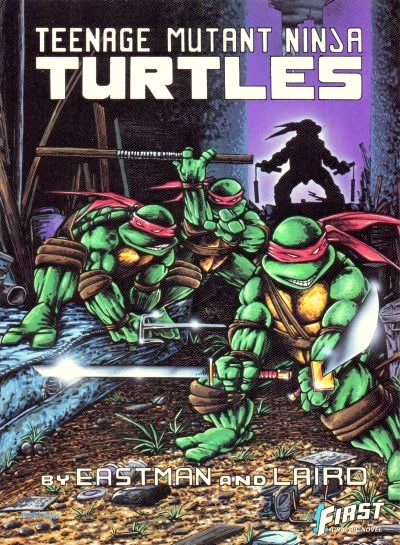 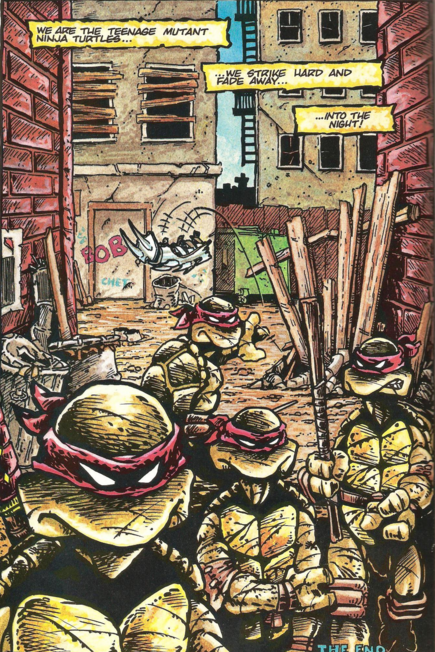 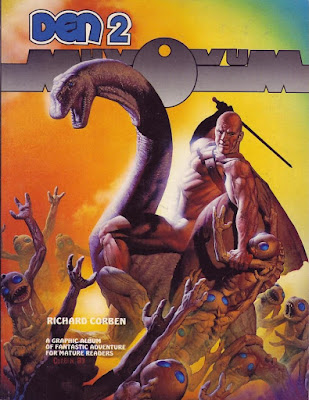 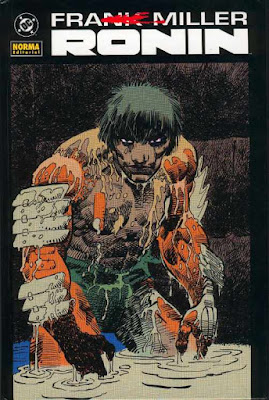 I have a story in the new DC Vertigo anthology, VERTIGO QUARTERLY: CYAN.  On sale tomorrow, April 30... 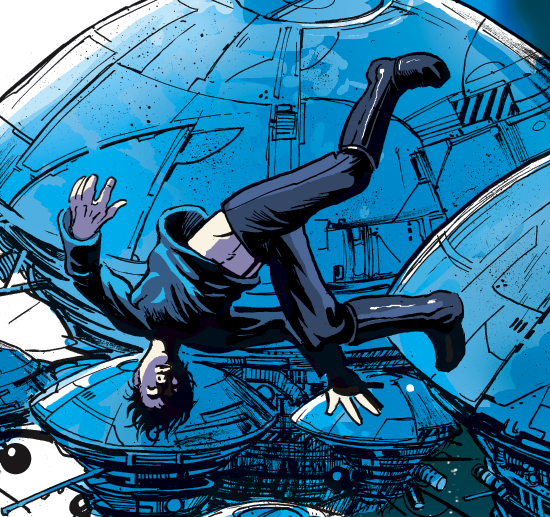 I did some art for a TMNT cover a while back. It will appear on issue #35 (out in June, I think). I don't plan on doing much more work on licensed characters, but the turtles are an exception. Eastman & Laird's original TMNT was (and is) a huge inspiration for me. 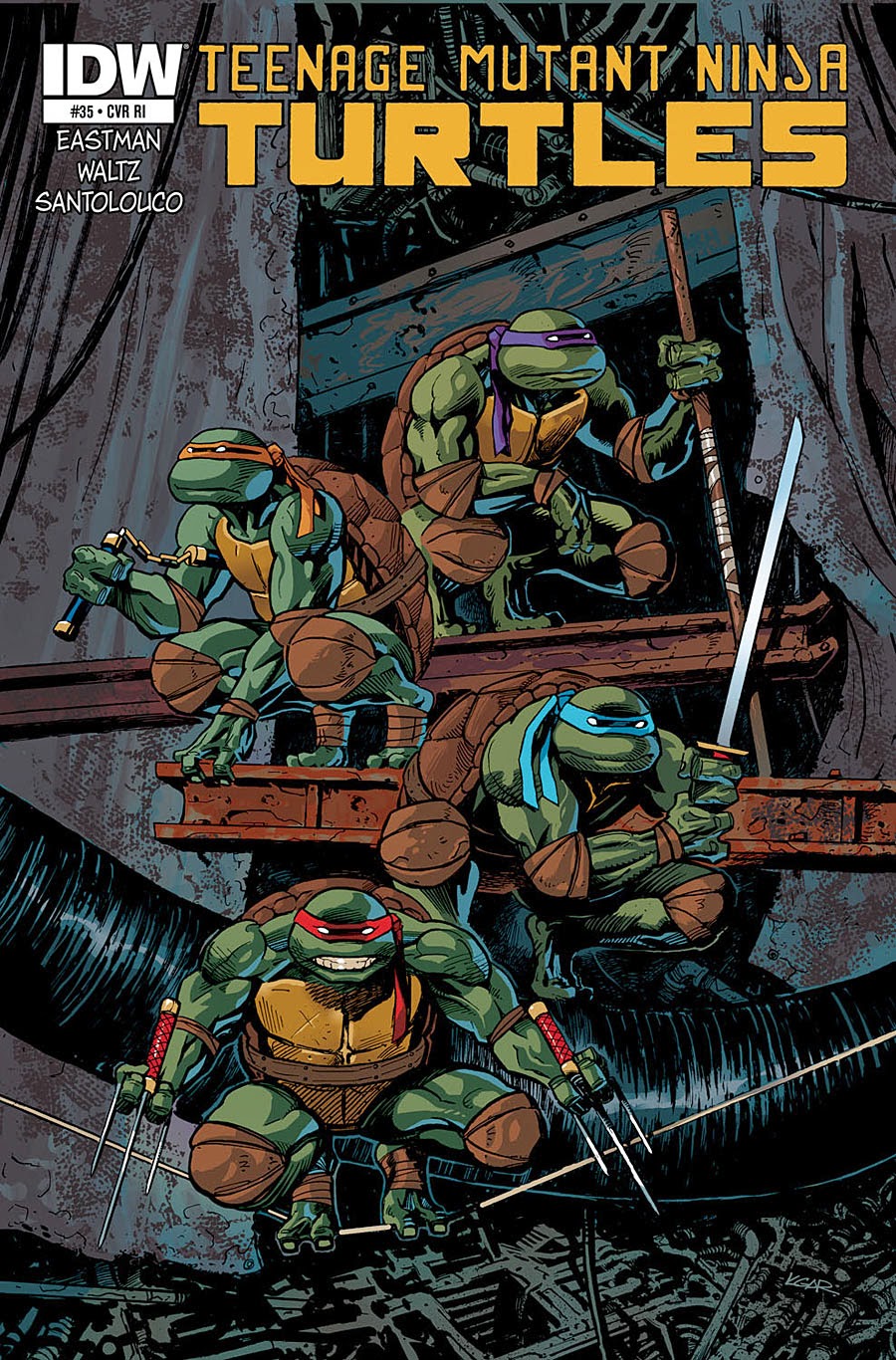 ...and here's an alternate color version of the cover (which I prefer). 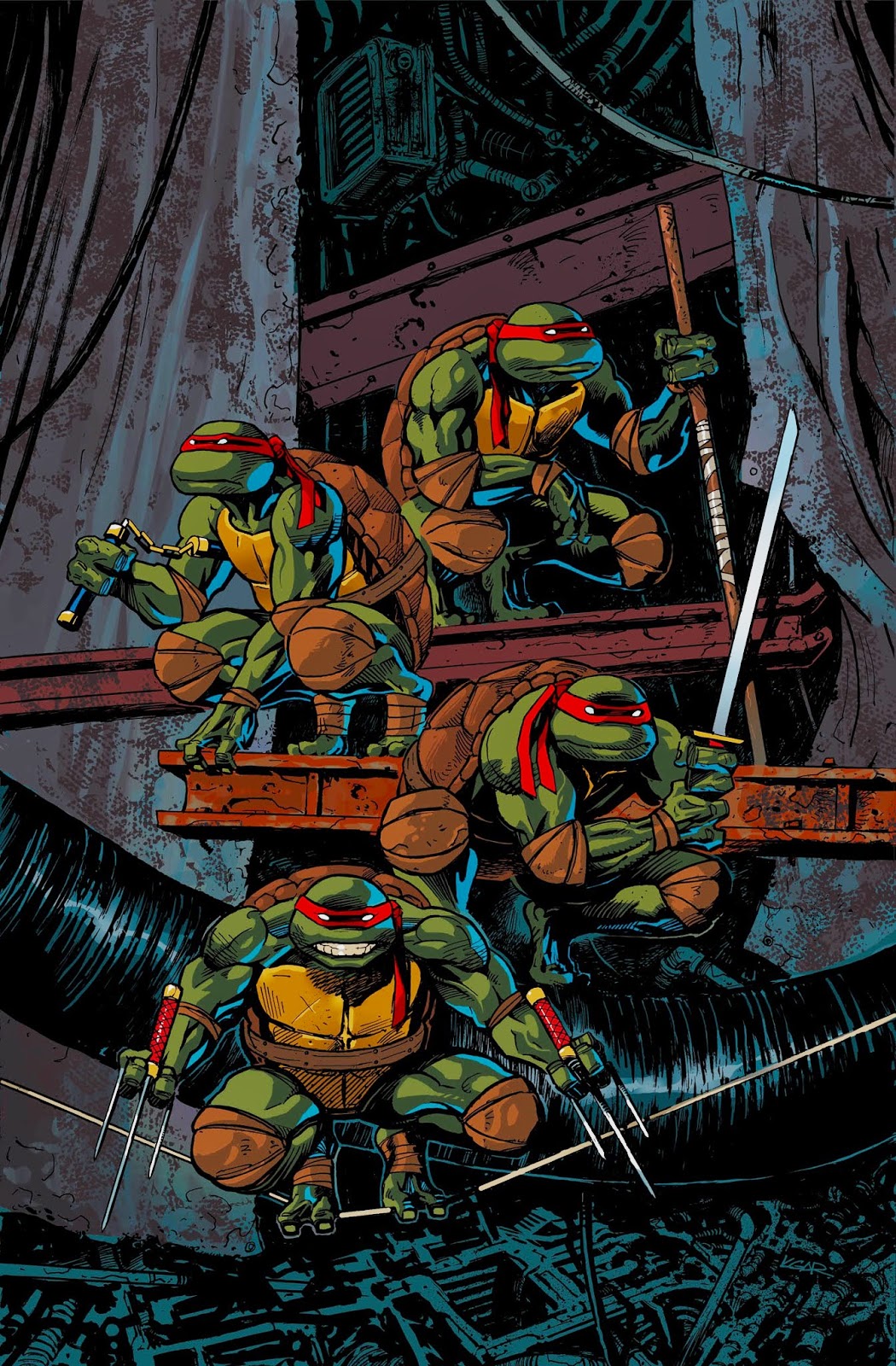 Also, the collected PLANETOID Vol. 1 is now available on Amazon. 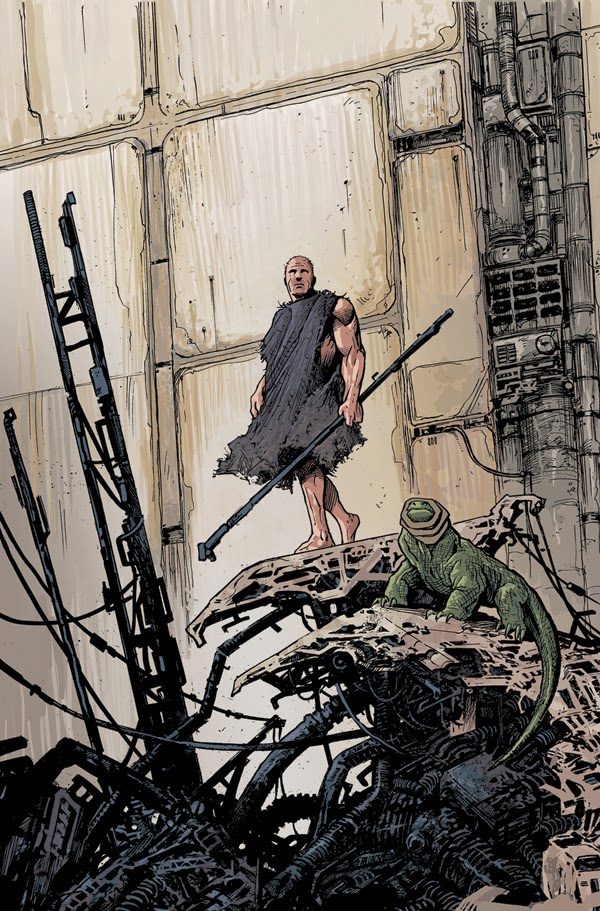 My primary focus now is the PLANETOID sequel. I also have a growing collection of short story work that I hope to have published sometime soon...!